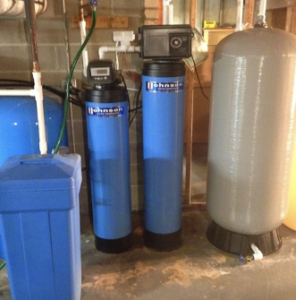 Do you get your water from a well? If so, you likely deal with a number of problems that are separate from the ones that can come from a municipal supply. As such, the way that you treat your water might be very different from how your neighbors threat theirs.

In what way is it different? Take it from a Buffalo Grove water conditioning company: here is everything you’ll need to know about treating well water.

What Contaminants are Commonly Found in Well Water?

Well water can contain a variety of different contaminants — some of which are harmless, and others of which can actually be detrimental to your health. We’ll review the most common contaminants below.

The contaminant that is most commonly associated with well water is iron. Iron is not detrimental to one’s health (at least not in the levels that it’s found in well water), but it can have some other negative effects.

First, iron is a staining agent; it can stain not only faucets and shower walls, but clothing as well. Second, it has a bold taste; it will almost certainly give your water a metallic flavor. Third, it can build up on the insides of pipes and water appliances; this can restrict water flow, which reduces functionality over time.

Another common mineral is manganese. This mineral mirrors iron in many ways. It’s capable of staining clothing and shower walls, altering the flavor of water, and blocking the insides of water pipes.

Like iron, manganese can be removed with the use of hydrogen peroxide systems, chlorine injection systems, and iron filtration systems.

Are you familiar with that horrible rotten egg smell that well water sometimes has? That’s caused by hydrogen sulfide. This chemical compound affects both the smell and taste of water, making it borderline-repulsive to some.

The most dangerous contaminant you’ll find in well water is coliform bacteria. This bacteria comes from animal excrement, and it’s typically found underground. Over time, it can seep through the soil into adjacent wells.

Many forms of coliform bacteria are entirely harmless. However, there are some (like E. coli), that can cause serious health problems.

How do you get rid of coliform bacteria? Chlorine injection systems and hydrogen peroxide systems are the answers.

How to Treat Well Water

Fortunately, treating well water is fairly easy. All you need to do is buy and install the right types of water conditioning systems. In most cases, a single chemical injection system can get the job done, removing all of the above-reviewed contaminants. However, if there’s an excess of iron and manganese in your water, you might need to install an iron filtration system as well.

Do you need help treating your well water? Looking to utilize the services of a Buffalo Grove water conditioning company? If so, Johnson Water Conditioning is the company to call.

We know everything there is to know about the treatment of well water. Regardless of your specific needs, we can accommodate you.