Water Softening in Inverness, IL: What’s Available to You? 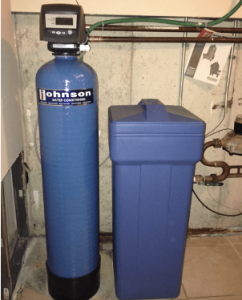 When taken up from the ground, the vast majority of water contains a variety of different contaminants. These contaminants vary from minerals, to bacteria, to chemicals, and otherwise, and can include everything from calcium, to magnesium, to iron, specifically.

The good news is that you can install devices that remove these contaminants from a water supply, making it not only taste better, but more functional as well. Wondering what these devices are? If so, then you’re in the right place. We’re going to review the different types of water purification systems in Inverness, Illinois.

Though it’s nutritionally necessary for humans to consume iron on a regular basis, having too much iron in your water supply can cause a number of problems. In addition to causing water stains, iron can also alter the taste of water, giving it a metallic flavor.

The good thing, however, is that you can eliminate the iron in your water. All you need is an iron filter. These non-chemical filters remove both iron and manganese from water, giving it a better taste while eliminating its staining capabilities.

Are you interested in having the purest drinking water possible? If so, it’s recommended that you install a reverse osmosis system. These systems remove essentially all of the contaminants from a water supply, giving it a pure and natural flavor. Not only do they remove minerals, but chemicals and bacteria as well.

One of the biggest water problems you may come across is the problem of hard water. Hard water is water that contains excess levels of calcium and magnesium. It’s a problem not only because it causes mineral buildup in pipes, but because it dries out the skin and hair as well. In some cases, it even causes wear and tear on water-based appliances.

As such, if you have hard water in your home, it’s generally recommended that you install a water softener. Water softeners remove the calcium and magnesium in a water supply, making it soft and eliminating the previously mentioned effects.

None of these contaminants are desirable in water. Whereas iron and manganese can cause poor tastes and leave stains, hydrogen sulfide can cause poor smells, and coliform bacteria can cause illness.

As such, it’s wise to treat well water chemically. One way to do this is with a chlorine injection system. This system injects chlorine into its water supply on a regular basis, which neutralizes the above-discussed contaminants.

Need to Install a Water Purification or Water Softening System in Inverness?

Now that you’ve learned about the various water purification and water softening systems, you might be interested in installing one in your Inverness home or business. If so, you’re in the right place. Johnson Water Conditioning has you covered.

We provide all of the purification systems discussed above, and we can install them for you in a timely and professional manner. Regardless of your purification needs, we can help.