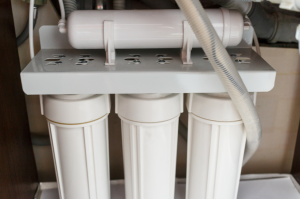 If you’re looking to establish a steady stream of bottled water-quality water in your home or commercial property, a reverse osmosis system in Hawthorn Woods, Illinois will accommodate you. These systems work to remove the vast majority of contaminants from a water supply, rendering it as clean and as pure as technologically possible.

Below, we’re going to focus on the history of reverse osmosis filtration, following its evolution through the years. Let’s begin!

Though modern reverse osmosis systems weren’t invented until the 20th century, the idea of reverse osmosis existed as far back as 1748. In this year, a French physicist named Jean-Antoine Nollet made use of a pig’s bladder in order to demonstrate the reverse osmosis process.

During this time, reverse osmosis was not at all practical. It served no purpose in the functional world, and was essentially relegated only to laboratories. However, it was a hugely important innovation, one that would eventually result in major changes.

1949 was the year that reverse osmosis truly broke through the scientific stratosphere. In this year, researchers at the University of California at Los Angeles began to study the concept in great depth, using semipermeable membranes to experiment with the desalination of salt water.

In 1959, this method of desalination was found to be effective when two UCLA researchers named Srinivasa Sourirajan and Sidney Loeb created a functionally viable reverse osmosis membrane out of cellulose acetate polymers. This membrane was found to successfully filter out the vast majority of salt existing in saltwater. At last, true reverse osmosis had been realized.

In the 1960s, researchers worked on perfecting the reverse osmosis membrane. The biggest development came when John Cadotte realized that interfacial polymerization could be used to create highly effective filtering capabilities in reverse osmosis systems. This realization lead to reverse osmosis becoming a financially viable option for businesses and municipalities.

In the early 1970s, reverse osmosis began making an impact on a number of industries. Not only was it used in the medical industry, but in industry as well. During this time, small, household reverse osmosis systems were also invented, used sporadically in homes across the United States.

By 1977, the town of Cape Coral, Florida was using reverse osmosis to purify the majority of its potable water supply. Cape Coral was the first of many coastal towns to do so.

Since the late 1970s, there have been no huge developments in reverse osmosis technology. It had proven itself effective at that time, and continues to be effective to this day.

These days, reverse osmosis is used primarily in the desalination of large water supplies. However, it has also become very popular on the domestic front, as more and more homeowners are opting to purify their water with reverse osmosis systems.

Are You Interested in Using a Reverse Osmosis System in Hawthorn Woods?

Now that you’ve learned a little about the history of reverse osmosis filtration, perhaps you’re interested in utilizing it? If so, and if you’re looking for a reverse osmosis system in Hawthorn Woods, Illinois, Johnson Water Conditioning Company has you covered.

We manufacture reverse osmosis systems to meet a wide variety of needs. With a number of sizes available, we can accommodate the reverse osmosis needs of most commercial and household water supplies.