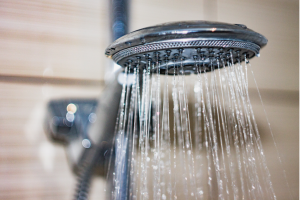 If you live in the Western Springs area, you’ve probably heard a thing or two about hard water. At the very least, you’re probably aware that hard water has a negative connotation. However, do you know why hard water such a negative reputation?

If not, then you’ve come to the right place. Below, we’re going to explain everything you need to know about hard water, helping you understand why Western Springs homeowners install water softeners to eliminate it.

An Overview of Hard Water

The Downsides of Hard Water

One of the most noticeable effects of having hard water in your home is limescale buildup. This is a white, powdery substance that tends to show up on sinks, faucets, and showerheads. It is, in essence, a small pile of calcium and magnesium particles that remain on a surface after hard water has evaporated.

Limescale does not cause any functional problems. However, it can definitely detract from the aesthetic and overall cleanliness of a home. As such, it’s generally regarded as undesirable.

It Causes Skin and Hair Problems

Perhaps the most notable of hard water’s effects are its effects on the skin and hair. Not only do calcium and magnesium clog skin pores, blocking the production of vital body oils, but they also cling to their hair, causing it to become rigid and unhealthy.

Over time, this can lead to problems such as acne, eczema, split ends, and more.

It Blocks Up Water Pipes

Eventually, this clogging can become so severe that water ceases to flow entirely. As such, it’s best to remove calcium and magnesium from your water, eliminating any risk of mineral buildup within the pipes. A water softener will get the job done.

It Places Strain on Water-based Appliances

Calcium and magnesium can also have a negative effect on water-based appliances. When these minerals pass through washing machines, dishwashers, and refrigerators, they can place undue strain on their inner components.

This can not only cause the appliances to deteriorate more quickly, but it also reduces efficiency as well. For this reason, it’s best to remove calcium and magnesium from your water supply altogether, which can be done by installing a water softener. You can call your local water conditioning company to get something set up.

Are you dealing with hard water in your home? Looking to get rid of it? If so, and if you’re looking for a reputable Western Springs water softening company, look no further than Johnson Water Conditioning.

We’ve installed our water softeners in countless Western Springs area properties. With our help, your water will be soft in no time.