Have you noticed the quality of your water going down despite the fact that you have a water conditioning system? If so, there is likely an impairment in your system which is preventing it from performing optimally.

There are a number of reasons for why a water conditioner might not be working, some of which are simple to fix, and others of which are a little more complicated.

These are some possible reasons for why your water softener isn’t working. 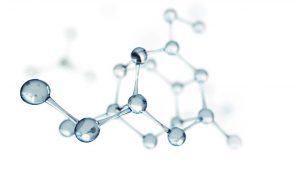 Like cars, air conditioners, and a bevy of other appliances, water conditioners are run by motors. Though these motors are built to last through years and years of use, they will eventually start failing. It’s just the natural way of mechanical entities.

The life of a motor can be maximized with proper water conditioner maintenance, but even a conditioner which is properly maintained will see a demise at some point.

In some cases, motors can be repaired so that they live to see a few more years of use. But in the majority of cases, a failing motor cannot be revived. In essence, if your motor has failed, it will have to be replaced.

One of the key components of a water softener is its resin beads. Resin beads are small, rubbery beads that you place in your softener in order to draw iron and other substances out of your water. These beads behave by exchanging ions with particles in your water.

Well, like the motor in your water softener, your resin beads can go bad. In most cases, resin beads will last between 10 and 15 years of use.

If your resin beads have lost their functionality, the only thing you can do is replace them with new ones. Call up your local water conditioning company to ensure that your resin beads are the problem, and to get replacements.

In the vast majority of cases, the reason a water softener is not working is because its filter is dirty and worn out. Ideally, you should be changing your water softener filters every 3 to 4 months. However, you can typically make due with two changes a year.

Your water softener filter sees the vast majority of large particles that can be found in your water. Because of this, it can become dirty and unusable in a relatively short amount of time.

There’s nothing difficult or expensive about changing a water softener filter. In fact, if you find this to be the reason that your water softener is not working, you should be overjoyed.

Another minor problem that could cause your water softener to stop operating sufficiently is a blockage. Water softener blockages occur because the salt used to power them sometimes sticks to the tubes and tank that the softener consists of.

Fortunately, it’s fairly easy to nix these blockages. In most cases, you can just use a long stick to break apart salt build-ups. However, you should be careful to not disturb any components within the conditioner. If you need help, you can always call in a professional.

Do You Require Further Repairs?

Were you able to resolve your problem on your own? Are you in need of professional repair? If you’re in the Naperville and Medinah area then Johnson Water Conditioning has got you covered.

Going back to 1936, Johnson Water has been one of the premier water conditioning companies in the Chicago area. With an incomparable team of trained and knowledgeable specialists, we’ll have your issue solved in no time.