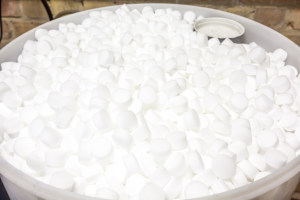 Somewhere along the line, you’ve probably encountered some negative discussion on hard water. If so, you now might be wondering: what’s the big deal? Why does hard water have such a bad reputation?

There are myriad reasons. Curious as to what they include? Then read below. We’re going to examine the bad reputation of hard water in Deer Park, Illinois.

What Exactly is Hard Water?

Simply put, hard water is water that contains high levels of calcium and magnesium. Though these minerals exist in almost all water supplies, they only cause negative effects in water when they’re abundantly present.

What does this mean? It means that the more calcium and magnesium an area has in its soil, the harder that area’s water will be.

The Negative Effects of Hard Water

Though hard water is safe for consumption, it’s functionally impairing. It comes with a number of negative effects, all of which we’ll discuss below.

One of the more common issues you’ll encounter when dealing with hard water is the problem of limescale buildup. Limescale is a white, chalky substance that appears on metal entities (like sinks and faucets). It doesn’t impair their functionality, but it does impair their aesthetic.

Limescale comes about after hard water has evaporated. It is essentially a pile of calcium and magnesium that’s left behind after the water has gone. Though limescale can be fairly easily cleaned, the only way to eliminate it permanently is by installing a water softener.

One area where hard water does a lot of damage is in water pipes. As time passes, calcium and magnesium accumulate, building up on the insides of pipes. The longer this occurs, the more these minerals restrict the pipes. Eventually, this restriction can become so extreme that it prevents water from flowing freely, requiring a pipe replacement.

Another negative aspect of hard water is high energy costs. The harder water is, the harder appliances have to work in order to run. This puts undue load on the appliances, resulting in more energy expenditure. Not to mention, it results in appliance efficiency issues as well as a shortened lifespan — the latter of which can cost you money in the long-run.

Calcium and magnesium can cause issues of the skin and the hair as well, drying them out over time. This results not only in acne and rashes, but in split ends and broken hair also.

Why do calcium and magnesium do this? Because they clog up the skin pores, blocking the secretion of vital body oils. Because these oils can’t be secreted, they can’t perform their intended function. Fortunately, a water softener can eliminate this problem in just a short time.

Interested in Installing a Water Softener in Deer Park?

Are you experiencing the effects of hard water? Looking to do away with them? If so, and if you’re interested in installing a water softener in Deer Park, Johnson Water Conditioning can help.

Our team has installed water softeners in countless homes throughout the Deer Park area. We would be more than happy to help you obtain soft water in your home as well.

Contact us today to re quest a free estimate!