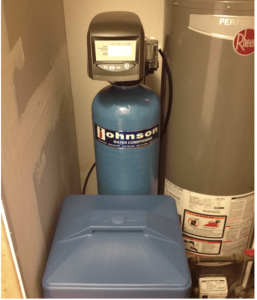 Pentair water softeners provide all sorts of benefits. However, one of the greatest benefits is that they help protect your home’s water pipes.

Are you curious as to the specifics of this concept? This  water softening company in Villa Park, Illinois is going to discuss everything you’ll need to know below.

The Effect of Hard Water on Water Pipes

First, we’re going to discuss the effect that hard water has on water pipes. In the short term, it has very little effect at all. However, eventually, the calcium and magnesium particles within the hard water will begin to cling to the interior walls of the pipe. Over time, these particles will accumulate, narrowing the inside of the pipe.

At some point, you’ll notice an obvious reduction of water pressure. This is because the water has less room through which it can flow. The pipe is restricting the amount of water that’s able to pass through it at one time.

In severe cases, this can go to extremes, with the pipe closing entirely, and ceasing water flow completely. In a case like this, you’ll have no choice but to replace your water pipes, which can cost you thousands of dollars, not to mention a great deal of stress, time, and inconvenience.

In essence, hard water slowly but consistently destroys your water pipes, leaving you to deal with the aftermath years down the road. Within a span of 10 to 20 years, it can drastically reduce water pressure within your Villa Park, Illinois home. If never addressed, it can cut off water flow entirely.

Using a Pentair Water Softener to Protect Your Water Pipes

The result? No minerals left to cling to the insides of your water pipes. As such, if you’re using your water softener consistently, you shouldn’t have to deal with any internal pipe buildup. If you are ready to install one in your home, your local water softening company in Villa Park will be happy to help.

Are you interested in protecting your water pipes from mineral buildup? Looking to install a Pentair water softener? If so, and if you’re looking for the top-rated water softening company in Villa Park, Illinois, look no further than Johnson Water Conditioning.

Our technicians have installed Pentair water softeners for countless homeowners throughout the Villa Park area. Regardless of how big your water supply is, we can accommodate you. Contact us today to learn more.