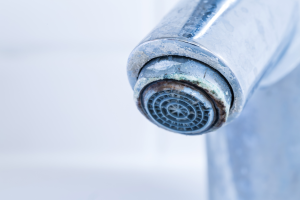 If you live in the Wayne area, you’ve likely encountered limescale buildup at some point. In fact, you might even deal with it in your home daily. This white, powdery substance commonly appears on metal, water-based appliances like sinks, faucets, and shower heads. In essence, it’s just a pile of dried-up calcium and magnesium particles.

What many homeowners do not understand, however, is how limescale buildup can be eliminated by installing a Pentair water softener. Fortunately, this water softening company in Wayne, Illinois is here to tell you everything you’ll need to know below.

Understanding What Hard Water Consists Of

In the Wayne, Illinois area, the groundwater is technically considered hard. While it’s not the hardest water there is, it’s easily hard enough to cause ill effects.

Limescale buildup is a great number of calcium and magnesium particles that have accumulated to the point that they’re visible.

When hard water evaporates, it leaves these particles behind. Thus, limescale buildup is created.

If you want to permanently get rid of limescale buildup in your home, you can have your local Wayne, Illinois water softening company install a Pentair system.

The Negative Effects of Limescale Buildup

In truth, there aren’t a lot of negative effects associated with limescale buildup. You don’t necessarily need to do away with it.

That said, limescale buildup will bring down the overall aesthetic of your home. It will cover all your water-based entities, from faucets to shower heads to metal sinks and more.

As you can see, limescale buildup is a natural byproduct of hard water. Where hard water goes on a regular basis, limescale will eventually show up.

In addition to eliminating limescale, installing a Pentair water softener in Wayne, Illinois will provide a range of other benefits. These benefits include less strain on water-based appliances, less buildup within water pipes, more soap suds produced, and fewer water-based skin and hair issues.

You don’t necessarily need to use a water softener in order to do away with limescale, at least not on a visual level. If you wish, you could instead just wipe the limescale down with a metal cleaner and a wet towel. This will remove the limescale’s visual existence.

One thing to note is that, for this to work on a regular basis, it needs to be done regularly. In other words, you need to constantly clean your metal water-based appliances. If you’re a busy person, that could be more trouble than it’s worth.

Looking for the Most Trusted Water Softening Company in Wayne, Illinois?

Are you ready to install a Pentair water softener? Looking to have it installed by the most trusted water softening company in Wayne, Illinois? If so, Johnson Water Conditioning has you covered. Contact us today to get the process started.