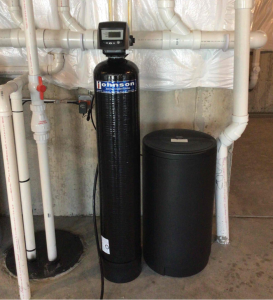 What Does a Pentair Water Softener Do?

The Effect of Hard Water on Water-based Appliances

Excess amounts of calcium and magnesium contained in hard water can do damage to water-based appliances, clinging to their internal mechanisms over time. Not only do they make it more difficult for these mechanisms to operate, but they also put undue wear and tear on them, causing them to break down before they’re supposed to.

Which Water-based Appliances Will Benefit from a Pentair Water Softener?

This runs the gamut from refrigerators to dishwashers to clothes washers to coffee machines and more. Therefore, if you want to get the most out of your expensive appliances, you need to install a water softener. Your local Pentair water softening company in Western Springs, Illinois can handle the task for you.

We’ve installed Pentair water softeners in countless homes throughout the Western Springs area, and we would be more than happy to do the same for you. Contact us today to get started.