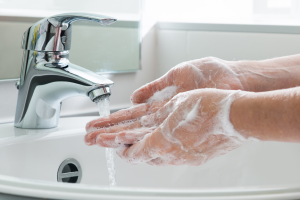 As you are likely aware, to properly clean things in your home, soap and water are key. However, in areas where the groundwater is hard, producing soap suds can be a challenge. This is where the Pentair water softener comes in.

Are you wondering how a Pentair water softener can increase the number of soap suds you’re able to produce? If so, you’ve come to the right place. This water softening company in Inverness, Illinois is going to explain how it works below.

The Science Behind Soap Suds

Just about everybody is aware of what soap suds are — but why do they form in the first place? What is the science behind soap suds?

It’s simple: they’re the result of a chemical reaction between soap and water. Once soap is added to water, the molecules within the soap cause the water molecules to spread out. Once they spread out, the areas between them become filled with air. This creates a mass of small bubbles which are commonly referred to as suds.

The Effect of Hard Water on Soap Suds

In general, the calcium and magnesium particles make it more difficult for water and soap to mix, because they also fill in the gaps between the separating water molecules. This prevents air from making its way in, and therefore prevents the formation of suds.

Are Soap Suds Necessary for Cleaning?

Not only do suds allow you to clean more with less, but they also allow you to clean faster. Whether you’re taking a shower, washing dishes, washing clothes, or otherwise, you’re going to want a good number of soap suds. This is one of the main reasons why so many homeowners choose to have a Pentair water softener installed by a reputable Inverness water softening company.

Where does the Pentair Water Softener Come In?

As was noted above, hard water impairs the creation of soap suds. By using soft water instead, you can create a much greater number of soap suds.

All you’ll have to do is add softener salt every one to two months and clean the inside of the softener as needed. Your local water purification company can help you with the latter, if necessary.

Looking for the Best Water Softening Company in Inverness, Illinois?

Are you hoping to increase your soap suds? Looking to install a Pentair water softener? You need the services of an Inverness water softening company.  Johnson Water Conditioning is the company to call.

As the best water softening company in Inverness, Illinois, we have installed countless Pentair water softeners throughout Inverness and its surrounding areas. Regardless of your needs, we can get the job done right. Contact us today to discuss your options.