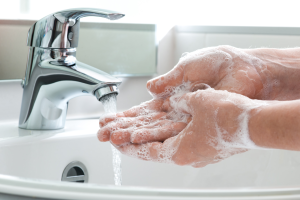 Every homeowner enjoys having clean clothes, dishes, and surfaces around the house. However, to clean these things effectively, soap suds are a necessity. Unfortunately, if you have hard water in your home, it becomes very difficult to produce soap suds.

How Does a Water Softener Produce More Soap Suds?

When calcium and magnesium are heavily present in water, they tend to block the chemical reaction that’s supposed to occur between water and soap. As a result, they keep soap suds from forming. Sure, there might still be some suds. However, in most cases, you’ll end up with a slick lather instead.

The water softener counteracts this by removing the calcium and magnesium particles. Once these particles are removed, the full chemical reaction between soap and water can occur. This, of course, means that there will be an optimal amounts of soap suds.

The Benefits of More Soap Suds

Soap suds are integral when it comes to cleaning and washing. Suds enable you to get more from less, as you can spread them out over large areas and still produce a high-quality cleaning.

In essence, more soap suds will lead to quicker cleaning, easier cleaning, and more affordable cleaning. You’ll get more for less, and you won’t have to wonder about whether the item in question is truly being cleaned or not.

How Does a Water Softener Work?

Therefore, upon leaving the softener, the water contains trace amounts of sodium and no amounts of calcium and magnesium. In essence, the water is now soft, and can therefore allow for an optimal chemical reaction with soap. This, of course, will allow you to produce the maximum number of bubbles.

Your responsibility, as the owner of a water softener, is to periodically fill it with softener salt. This ensures that the sodium ions are being replenished, and thus enables the water softener to do its job. Without sodium ions, the water softener will not work. If you need help with this task, you can always ask your Pentair water softening company in Bensenville, Illinois to refill your system when the time comes.

Looking for a Pentair Water Softening Company in Bensenville, Illinois?

Now that you know how a Pentair water softener can help you produce more soap suds, are you ready to have one installed? If so, and if you’re looking for the best Pentair water softening company in Bensenville, Illinois, do not hesitate to get in touch with our team at Johnson Water Conditioning.

We have installed water softeners in homes all throughout the Bensenville area. Regardless of the size of your home’s water supply, we have a water softening solution that will accommodate you. Contact us today to request a free estimate.