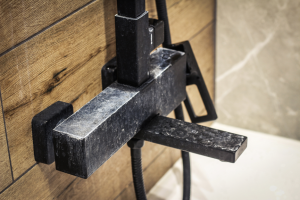 There are all sorts of substances that can affect the appearance of a home — from dust to mold and more. In the Kildeer, Illinois area, one of the most common of these substances is limescale.

Limescale is, at its core, a collection of calcium and magnesium particles. It appears after hard water evaporates from a surface, which leaves a clump of these minerals behind. Over time, these minerals harden and turn into a powdery white layer of residue.

You’ll most typically find limescale on shower heads, faucets, dishwashers, etc. Though it has no functional impact, it does alter the aesthetic of a home, which is why most homeowners prefer to eliminate it altogether

Fortunately, limescale can be eliminated by installing a water softener. Are you interested in learning how? This Pentair water softening company in Killdeer, Illinois is going to discuss some of the key things you should know below.

Understanding the Power of the Water Softener

Upon leaving the softener, the water does contain trace amounts of sodium. However, the sodium levels are so low that they’re essentially negligible. In other words, they make no discernible difference when it comes to the water’s quality.

The main thing you need to do to keep a water softener functional is add softener salt. Your Pentair water softening company in Killdeer, Illinois will recommend doing this every one to two months to ensure the system remains functional.

The Water Softener’s Impact on Limescale

The only alternative method to getting rid of limescale is to wipe it down once it appears. Note, though, that this is not desirable, as limescale appears perpetually in homes that contain hard water. Therefore, you would have to wipe it down on a weekly basis.

A water softener — provided it’s loaded with softener salt — will ensure that you never have to wipe down limescale again. This is just one less responsibility that you’ll have to deal with when cleaning your home.

Plus, there are other benefits as well, including reduced appliance block up, less water pipe blockage, and healthier skin and hair. If you would like to learn about some of the lesser-known benefits, you can always get in touch with your local Pentair water softening company in Kildeer, Illinois.

Looking for a Pentair Water Softening Company in Kildeer, Illinois?

Is limescale build up a recurring issue in your home? Ready to eliminate it once and for all? If so, Johnson Water Conditioning is here to help.

As the most trusted Pentair water softening company in Killdeer, Illinois, we have been installing high-quality water softeners in homes for decades. Contact us today to schedule a free consultation.