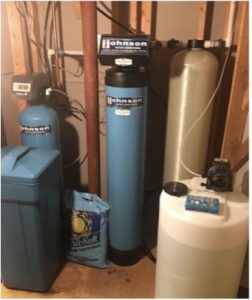 Do you get your home’s water from a well? If so, you likely deal with a variety of problems that are separate from those who get their water from a municipal supply. In short, treating well water requires a specialized approach.

Are you curious as to what it entails? If so, you’ve come to the right place. This water conditioning company in Fox River Grove, Illinois is going to explain below.

Contaminants That Are Unique to Well Water

City water and well water share several contaminants, including calcium and magnesium, for example. However, there are many contaminants that are unique to well water, as municipalities remove them from city water supplies. These contaminants include the following:

One of the most prominent contaminants in well water in Fox River Grove is iron. Iron has nutritional value and is safe for consumption. That said, it has several negative effects when it’s present in your water.

Iron has a metallic taste to it, and as such, it tends to alter the taste of water. In addition, iron can leave stains on anything it meets. Lastly, iron causes mineral buildup over time, potentially harming water pipes and water-based appliances.

Manganese is often found alongside iron. Like iron, it causes staining, poor tastes, and mineral buildup. Fortunately, both minerals can be removed to enhance the taste, consistency, and functionality of your water. If you want to remove these minerals, you should start by contacting your local water conditioning company in Fox River Grove, Illinois.

If you can bear the smell of hydrogen sulfide, there’s no real reason to get rid of it. However, most people don’t like it, and therefore, they choose to eliminate it completely.

The last contaminant we’ll discuss is coliform bacteria. This is bacteria that comes from animal feces. The feces seeps down into the ground, eventually making its way to your well. The bacteria then make their way into the well water, where it will remain unless it’s treated.

Most coliform bacteria aren’t harmful. However, some can be extremely harmful, causing gastrointestinal issues and, in severe cases, typhoid. As such, you should speak with your Fox River Grove water conditioning company about removing coliform bacteria from your water.

How to Treat Well Water

This results in water that’s clean, healthy, tasty, and functional. It doesn’t stain, it doesn’t smell like rotten eggs, and it doesn’t clog up your pipes.

If your well contains a great deal of iron or manganese, you may want to install an iron filtration system. This is a non-chemical system that filters out iron and manganese as they pass through. It’s highly effective, and it can be used both on its own or in tandem with a chemical injection system.

Are You Looking for a Fox River Grove Water Conditioning Company?

Are you looking to treat your well water? Need the help of a Fox River Grove water conditioning company? If so, we here at Johnson Water Conditioning are the people to see.

We have helped countless Fox River Grove homeowners treat their well water supplies, and we would be happy to do the same for you. Contact us today to schedule an appointment.