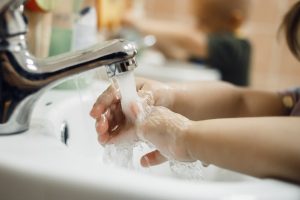 Water is filled with all sorts of minerals, chemicals, and bacteria. Most of these are safe for consumption. Unfortunately, however, many of them can have negative effects when consumed.

In Glen Ellyn and its surrounding areas, the water is filled with copious amounts of calcium and magnesium. Technically speaking, these two minerals are safe for consumption. However, when excess amounts are present in your water, they have negative effects.

When it comes to water purification in Glen Ellyn, you shouldn’t overlook the reverse osmosis system. Reverse osmosis systems remove essentially all contaminants from their corresponding water supplies, thus making the water as clean and as drinkable as possible. If you want a steady stream of drinking water, this is the purification system for you.

Note, though, that reverse osmosis systems are not efficient enough to accommodate a home’s entire water supply. They are designed specifically for drinking water purposes. If you want to purify the rest of your water supply, you’ll need to install another one of the systems on this list.

Why remove iron and manganese from your water? Because they cause water to stain everything it touches. Not to mention, they alter the taste of water and can also cause mineral buildup within pipes. If you want to learn more about iron filtration systems, you can contact your local water purification company in Glen Ellyn.

Another system that’s beneficial to well water users is the chlorine injection system. This is a system that periodically pumps chlorine into the adjoining water supply. In doing so, it eliminates iron particles, manganese particles, coliform bacteria, and hydrogen sulfide.

As such, it not only improves the taste of water, but the smell and the safety as well. Not to mention, it eliminates that pesky iron and manganese staining problem.

The benefits of the hydrogen peroxide injection system? They’re essentially the same as the chlorine injection system. In other words, this system gets rid of iron, manganese, hydrogen sulfide, and coliform bacteria.

For more information on both systems, give us a call. We’ll be happy to discuss the specifics of each in detail and help you choose that one that is most beneficial for your home.

Are you interested in installing one of the systems reviewed above? Looking for a top-rated Glen Ellyn water purification company? If so, look no further than Johnson Water Conditioning.

We have installed water purification systems in countless Glen Ellyn homes. Regardless of your purification needs, we can help. Contact us today to request a quote.