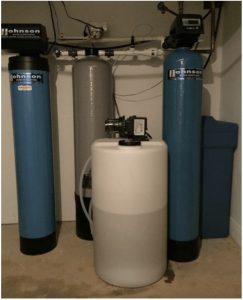 If you get your water from a well, it’s important to treat it to make sure it’s safe for consumption. Well water is quite a bit different from city water, and it can even have negative health effects if it’s not treated properly.

Are you curious about the well water treatment process? If so, you’re in the right place. This Mundelein water purification company is going to discuss everything you’ll need to know.

What Contaminants Are in Well Water?

Well water has all the contaminants that city water has. However, it includes a few additional contaminants as well. These include the following:

The vast majority of well water contains excess amounts of iron. This is because the soil in the Mundelein area is rich in iron, and well water is, of course, brought up from the soil.

Although iron can be beneficial for human health, when present in water, it can cause several problems. For one, it can give water a strange metallic taste. For two, it can cause water to stain clothes, shower walls, and other surfaces. For three, it can cause mineral buildup within pipes and water appliances.

You don’t necessarily need to remove iron from your well water, but you’ll most likely benefit from doing so.

Manganese and iron are similar in a variety of ways. Not only are the two minerals often found together, but they also both cause water staining, metallic tastes, and mineral buildup.

Like iron, manganese doesn’t necessarily need to be removed from a well water supply. However, by removing it, you can eliminate the negative effects mentioned above.

Hydrogen sulfide isn’t dangerous to consume. However, its aroma is unmistakable. You can deal with it if you want, but just know that it’s easy to get rid of.

In truth, most coliform bacteria are harmless. However, there are some strands, like E.coli, can cause serious sickness. For this reason, it’s strongly recommended that you treat well water for coliform bacteria.

There are two general methods used to treat well water. We’re going to discuss them both in detail below.

Another form of well water purification that’s common in the Mundelein area is iron filtration. This is carried out by an iron filtration system, and it removes both iron and manganese from a water supply.

Utilize the Services of a Water Purification Company in Mundelein, Illinois

Do you need help purifying your well water in Mundelein, Illinois? If so, there’s no need to look any further — Johnson Water Conditioning is the company to call.

We have helped countless Mundelein homeowners treat their well water. Our team can do the same for you as well. Contact us today to get the process started!