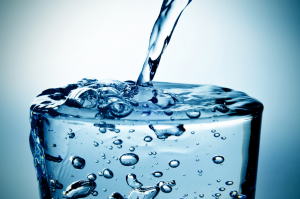 Invented in 1925, the water softener has improved the quality of water in millions of homes and businesses. Unfortunately, however, like any other device that has existed for a substantial amount of time, it has been associated with its fair share of misconceptions.

Wondering what these misconceptions might be? Don’t stop reading now. This article is going to cover some of the most common and lasting water softener myths in Hawthorn Woods, Illinois.

A very common myth associated with water softeners is that they make your water salty. While this assumption is understandable, it couldn’t be further from the truth.

What does this mean? It means that sodium (Na) is added to your water, but salt (NaCl) is not. Because sodium, in and of itself, possesses no discernible taste, it has no substantial effect on your water.

You might be under the impression that water softeners completely purify water. However, this is not the case. Water softeners only remove the specific contaminants that serve to make your water hard (calcium and magnesium primarily, as well as certain amounts of iron). They will not remove bacteria, chemicals, or other minerals such as manganese.

However, they’re still quite beneficial. By removing calcium and magnesium from your water, water softeners prevent mineral buildup in your water pipes, stave off limescale buildup on your water fixtures, and allow for more soap suds during cleaning.

If you want to remove other contaminants from your water supply, there are other water conditioning systems that can accommodate you. They include iron filters, chemical injection systems, and reverse osmosis systems, to name just a few.

Hard water tends to put undue stress on water heaters, refrigerators, and other appliances that frequently use water. By making water soft, water softeners take that stress away, allowing your appliances to operate without as much resistance. This results in fewer appliance replacements.

Looking to Install a Water Softener in Hawthorn Woods, Illinois?

Now that you know the truth about water softeners, you might be interested installing one. If so, and if you’re looking to install a water softener in Hawthorn Woods, Illinois, Johnson Water Conditioning Company has you covered.

In business for over 75 years, we have manufactured and installed water softeners for thousands of home and business owners throughout the Hawthorn Woods area. Our team of water conditioning specialists would be happy to serve you.