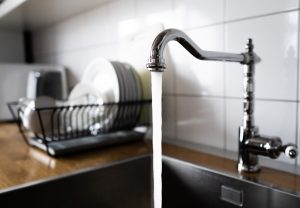 If you get your home’s water from a well, you almost certainly have to deal with iron and manganese. These two minerals are common in well water, and they are known to give it a number of negative effects.

Are you curious as to what these effects are? Then read on. This Carpentersville water purification company has you covered.

How Do Iron and Manganese Get into Water?

What Are the Effects of Iron and Manganese in Water?

Iron and manganese in water causes a number of effects. The most prominent of these effects include the following:

It’s hard to describe what metal tastes like, but you tend to know it when you taste it. If your water has a metallic taste, it’s almost certainly inundated with excess amounts of iron and manganese.

Like all minerals in water, iron and manganese can lead to mineral buildup. In other words, they can cling to pipes and appliances over time, restricting water flow and impairing those pipes’ and appliances’ functionality.

How Do You Remove Iron and Manganese from Well Water?

When it comes to removing iron and manganese from well water, there are two options. They include the following:

One option is to use chemical injection, which is done by installing a chemical injection system. These systems periodically inject small amounts of chemicals into a corresponding water supply, neutralizing all of the iron and manganese contained within. One thing to note here is that they also eliminate hydrogen sulfide and coliform bacteria.

If you’re looking for more information on how to get iron and manganese out of your well water, contact us. We’ll be happy to speak with you about which option best suits your situation.

Is there iron and manganese in your water? Are you looking for a Carpentersville water purification and water softening company? If so, we here at Johnson Water Conditioning can help.

We’re well-versed when it comes to treating iron and manganese-filled water. We can have your water purified in no time.