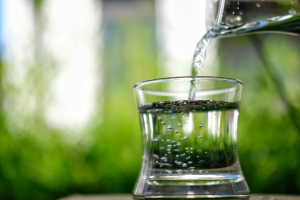 Water softeners are meant to thrive through many years of wear and tear. However, from time to time, they take on damage, leading to functional problems as a result. As the owner of a water softener, it’s important that you are cognizant of these problems, and that you act as soon as you come across them.

Curious as to what these problems include? Then you’re in the right place. This Batavia water softening company will discuss everything you’ll need to know.

The most common of all water softener problems is, thankfully, also the easiest to fix. That is the problem of low softener salt.

In order for a water softener to produce soft water, it must be filled with large bags of salt on a consistent basis. This salt holds sodium, which exchanges with the calcium and magnesium in the water, ensuring that both minerals are removed from the water before being used.

In most cases, a load of softener salt only lasts for a month or so. If it’s not replaced in a timely manner, its corresponding water softener will no longer soften water as needed.

The best advice is to keep a stash ready. That way, you won’t have to make any emergency trips to the store. Instead, you’ll be able to just grab a bag, open it up, and pour it in.

One of the more costly problem you can face with a water softener is motor failure. After years and years of consistent wear and tear, a water softener’s motor can simply give out, failing to power the softener as needed.

Fortunately, in most cases, this occurs toward the end of the water softener’s lifespan. As such, it usually results in a full softener replacement.

Note, though, that if your softener’s motor goes out before it’s reached 10 years of age, you might be best suited (monetarily speaking) by a motor replacement.

Another problem to keep in mind is the problem of deteriorated resin beads. Resin beads are the tiny gel-like beads that float on the inside of water softeners. They’re responsible for facilitating the ion-exchange process, making them vital to the softener’s operation.

In most cases, these beads will last until the end of the softener’s lifespan. However, in some cases, they’ll deteriorate prematurely. When this happens, they’ll break apart and float up to the surface of the water softener’s brine tank.

If you see little pieces of gel floating at the top of your water softener’s water, you’re likely looking at deteriorated resin beads. In this case, it’s recommended that you have your water softener inspected as soon as possible.

The last problem we’ll discuss is the problem of the salt bridge. Salt bridges are large chunks of salt that form in the water softener’s brine tank. They’re problematic due to the fact that they can block water from flowing freely through the tank. In the most severe cases, they can impair a water softener’s functionality entirely.

If you’re dealing with salt bridges, you’ll want to call your local water conditioning company. A purification specialist will be able to break the salt bridge apart, getting your softener back into working order.

Is your water softener no longer functional? In need of the services of a Batavia water softening company? If so, Johnson Water Conditioning is here to help.

Our team has repaired countless water softeners throughout the Barrington area. Regardless of the problem your softener is experiencing, we can fix it.