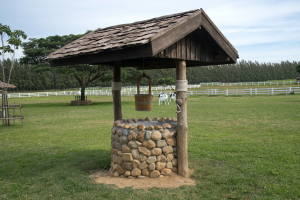 If you live in the Lombard area, then you likely get your water from one of two places: 1. Your municipality’s water supply, or 2. Your own personal water well. Both types of water come with certain contaminants — however, the latter generally contains more of them.

Are you curious as to how you should purify your well water? This Lombard water conditioning company is going to explain everything you’ll need to know.

What Types of Contaminants Are Found in Well Water?

Though any number of contaminants can be found in well water, the contaminants that you’ll most commonly encounter include the following:

Well water is typically inundated with iron — a nutritionally beneficial but pesky mineral that can lead to water staining, metallic-tasting water, and general mineral buildup. If you get your water from a well, it almost certainly contains excess amounts of iron.

Often coming in tandem with iron is manganese. Like iron, manganese is nutritionally beneficial. However, also like iron, it can lead to water staining, metallic-tasting water, and mineral buildup.

Have you ever come across water that has a “sulfur” or “rotten egg” smell? If so, that water was almost undoubtedly filled with hydrogen sulfide, which is a chemical compound that’s commonly found in well water. Though this compound is generally safe for consumption (provided that its levels aren’t too high), it can give your water an unpleasant odor.

How to Remove Contaminants from Well Water

When it comes to contaminants that are characteristic of well water, in particular, there are three systems that you can use to eliminate them. These systems include the iron filtration system, the chlorine injection system, and the hydrogen peroxide injection system. We’re going to discuss each system below:

Not only do chlorine injection systems make well water safe to drink, but they also reduce its staining capabilities, give it a better taste, give it a better smell, and decrease its ability to cause mineral buildup.

In terms of the benefits it provides, it’s essentially identical to the chlorine injection system. That is to say that it reduces water staining, removes poor tastes, removes poor smells, and makes water safe for consumption.

Need the Help of a Lombard Water Conditioning Company?

Looking to purify your well water? Need the help of a Lombard water conditioning company? We here at Johnson Water Conditioning are ready to serve you.

Our experts are well-versed when it comes to the purification of well water. Whether you need a chemical injection system, an iron filtration system, or otherwise, we can help. Contact us today!