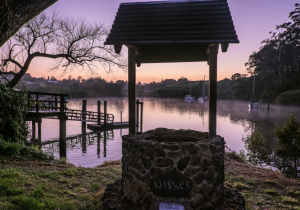 Do you get your water from a well? If so, you have different purification needs than those who get their water from a municipal supply. Failure to treat your well water in the correct manner can not only have an effect on its functionality, but on your health as well.

Wondering what goes into treating well water? Then read on. This Villa Park water conditioning company has you covered.

Regardless of where you get your water, it’s going to contain some contaminants. That said, well water tends to contain more contaminants than city water does. As such, it comes with its own set of problems.

The most common of these problems include the following.

The most common problem you’ll find with well water is that it’s filled with excess amounts of iron. Therefore, when it’s brought up from the ground, it comes with a metallic taste, a bitter odor, and the ability to stain everything it comes into contact with.

Do you ever notice a brown or orange stain on your shower or bathtub? It more than likely came from iron. Do your white clothes take on a brown tint after being washed? Again, iron is probably to blame.

Iron and hydrogen sulfide can certainly affect the quality of your water. Nonetheless, they’re in no way dangerous. The same cannot be said of coliform bacteria (water-borne bacteria derived from animal waste). While many coliform bacteria are harmless, some can cause serious health issues (gastrointestinal problems, food poisoning, typhoid, etc.).

Fortunately, there are a variety of water purification systems that can be used to eliminate these previously mentioned contaminants. They will be reviewed below.

When it comes to the eradication of iron, manganese, hydrogen sulfide, and coliform bacteria, no system is better equipped than the hydrogen peroxide system. Operating by periodically injecting hydrogen peroxide into its corresponding water supply, it neutralizes the above-reviewed contaminants, then flushes them out of the water supply.

Do you need help treating your well water? Are you looking to hire a Villa Park water conditioning company? If so, Johnson Water Conditioning Company has you covered.

With our team of skilled and seasoned purification specialists, we’ve helped countless homeowners throughout the Villa Park area. Regardless of your purification needs, we can accommodate them.